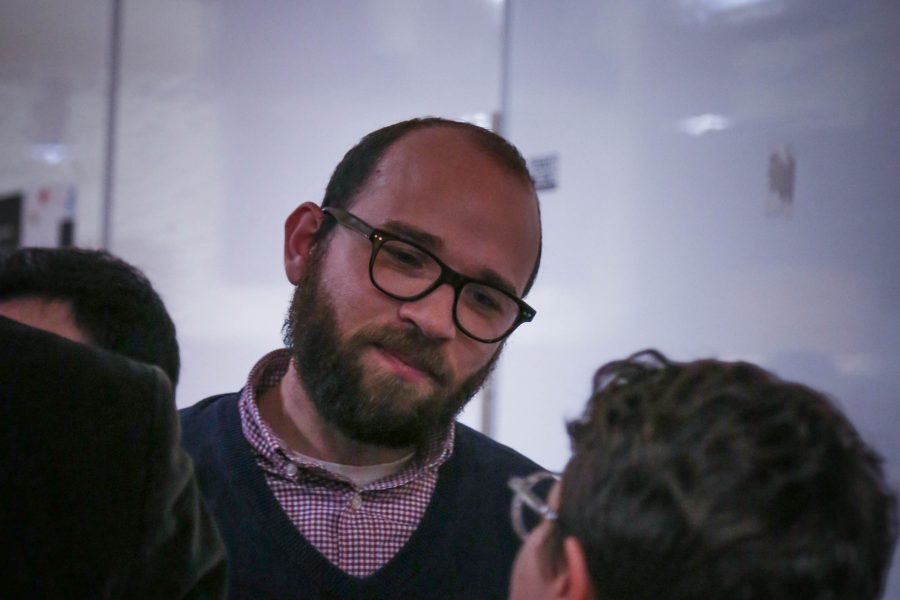 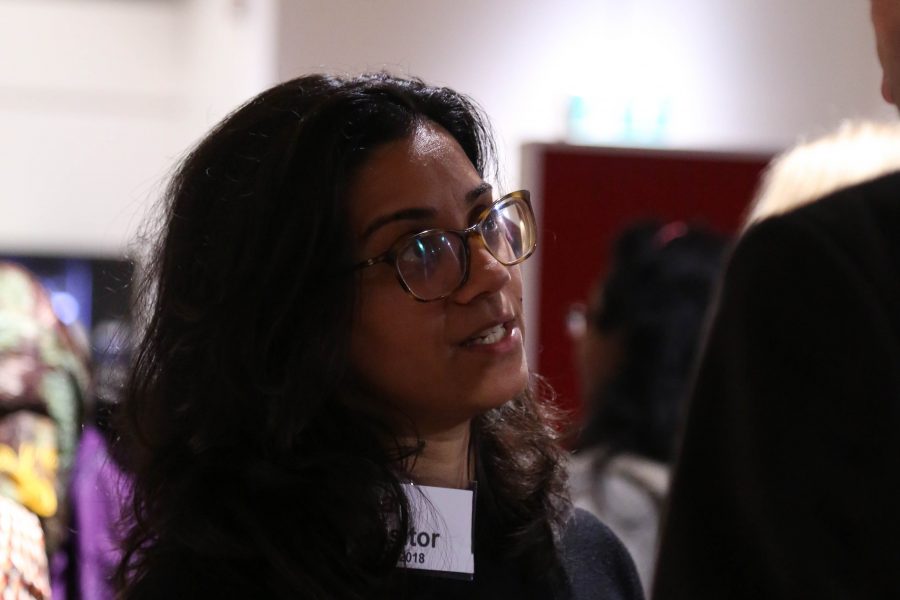 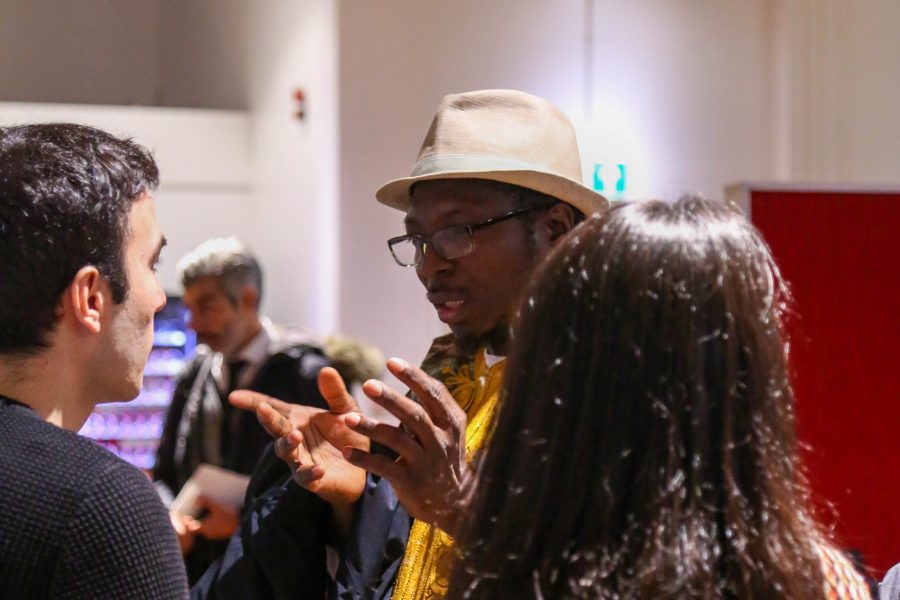 Each of the participants is paired with a mentor who is established and working in UK journalism.

One-to-one mentoring sessions are held at regular intervals over the course of the project.

Sessions offer participants valuable guidance and planning opportunities for their careers, as well as opportunities to discuss current events and developments in journalistic practice.

This contact will also widen participants’ network of contacts, further preparing them for careers in the UK. 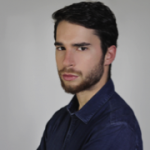 year.  Following a stint as the paper’s Turkey bureau chief, he now works on longterm reporting projects across Europe.

He has reported from more than 30 countries, and is currently working on a series about Hungary. 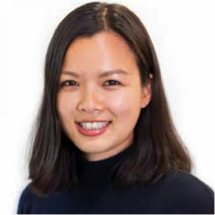 A project I co-produced ‘The Smuggling Game’ was shortlisted for the ‘Innovation Award’ at the 2018 European Press Prize. 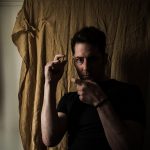 Daniel (b.1980) is a documentary photographer, from Oxford, UK. His work is an examination of the way differences in socio-economic and political communities can reveal something universal within the human condition. Through exploring the social and physical landscapes inhabited by those affected by conflict, economic crises and political injustice he hopes to fill in the spaces between people and visually unite them through exposing their shared hopes, desires and frailties.

His work is based throughout Europe and in the Middle East.

A word from myself:

A while ago I heard a speaker discussing the merits of hyperlocal journalism.  Although much of the actual content bore little relevance to my own photography, it did make me think.  The concept presented was in essence, anchoring the value of reporting things that matter to people as individuals.  The best journalism is produced when the journalist cares, so bringing your own passion out in your work is the key to delivering a meaningful and powerful message.  This is especially true in documentary photography.  The projects I undertake are solely related to issues and events I have personally experienced sometimes directly and sometimes through the eyes of those I love. More often than not, if something maters to one, it will matter to many.  That is the power of using your voice, however quiet it may be.

You just have to have something to say.  DJH 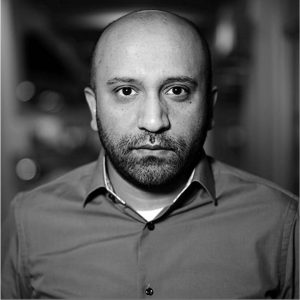 Hasan has worked in journalism and communications since 2006. He started as a BBC trainee and subsequently worked for various BBC outlets including BBC Leicester, Manchester, WM, BBC News and BBC Radio 4. He has also worked for Al Jazeera Digital as a multi-media producer and as Digital Planning Editor and acting Head of Video. He currently works as a Communications Manager at the University of Birmingham and has worked in communications for Al Jazeera Media Network out of Doha as well. 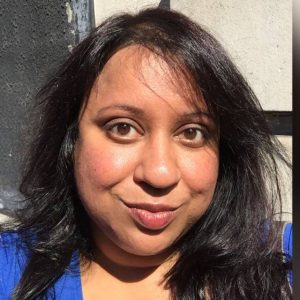 Suchandrika is a freelance journalist, media trainer and speaker. She makes Freelance Pod, which is about how the internet has transformed work, and she can be found tweeting @SuchandrikaC. 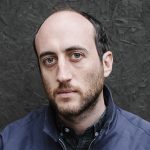 Daniel is the editor of New Humanist magazine and a freelance writer and reporter who contributes to publications including the Guardian, London Review of Books and New York Times. He mostly writes about migration, borders and nationalism and is the author of two books: Lights in the Distance: Exile and Refuge at the Borders of Europe(Picador, 2018), and Bloody Nasty People: the Rise of Britain’s Far Right (Verso, 2012). His journalism has won prizes from the Migration Media Award and Human Trafficking Foundation, and has been nominated for the Amnesty Media Awards and the Orwell Prize. He is an associate lecturer in journalism at London College of Communication and a member of the Refugee Journalism Project steering group. 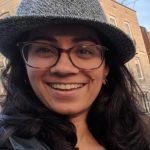 Nabeelah is a British-Pakistani freelance journalist, formerly of The Guardian. She has freelanced for The Financial Times and Twitter. She is a co-author of a trio of reports for the Reuters Institute for the Study of Journalism, about the transatlantic and European digital media industry. She has written about Europe and environmental issues, including climate change and renewable energy. Get in touch with her on @lahnabee. 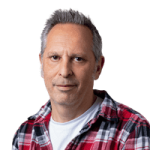 Simon Hattenstone is a features writer and interviewer for the Guardian, with an interest in prison issues and miscarriages of justice. He has interviewed the likes of Gordon Brown, Banksy (the only journalist to have interviewed him in the flesh), Pelé, Amanda Knox, George Michael, Paul McCartney, and Stevie Wonder. He has written a number of books, including Out of It, a memoir about a childhood illness that almost killed him. He tweets @shattenstone.

“I occasionally write books, which are not read by many people…” Simon. 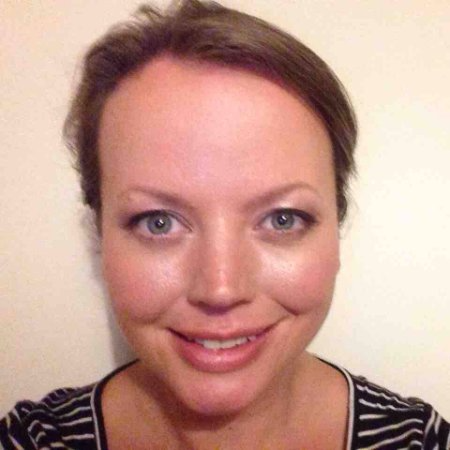 Laura Oliver is a freelance journalist and editor who specialises in social media for storytelling and publishing, strategies for growing and engaging audiences online. She regularly trains journalists in these areas and has worked with the BBC, Financial Times and Thomson Foundation in this respect. She is also a Visiting Lecturer in online and social media journalism at City University. 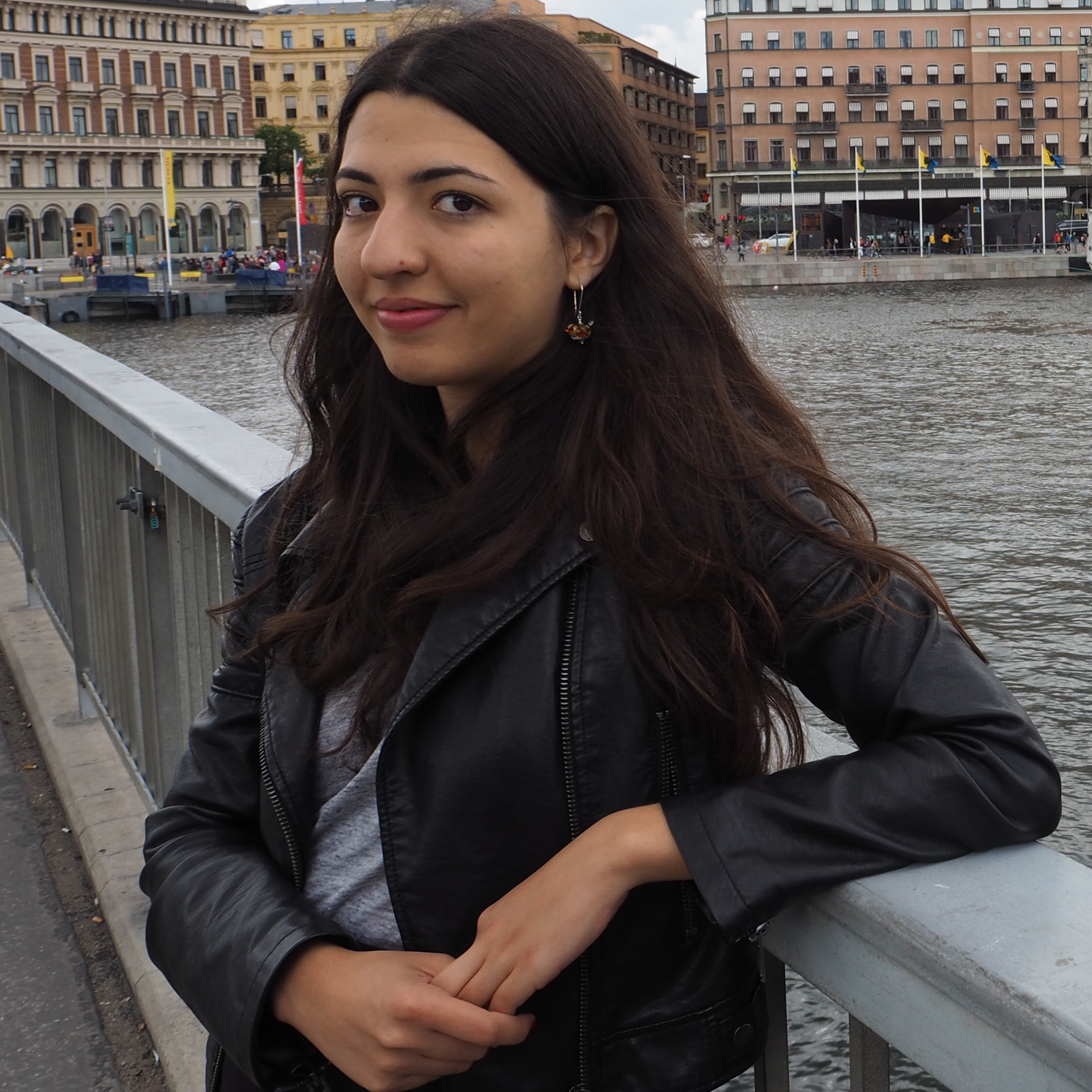 Eleni Courea is a political journalist with the Observer, New Statesman and Times through the Anthony Howard Award. Between 2016 and 2018 she worked as a policy journalist with specialist magazines Research Fortnight and Research Europe, covering universities and research funding. She has a degree in politics and comes from Nicosia, Cyprus. 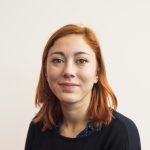 Naomi Larsson is a freelance journalist interested in human rights and the environment. Formerly a commissioning editor on the Guardian’s global development network, she has since reported from countries including Colombia, Kenya and Cuba. In 2017 she was awarded a fellowship from the International Journalists’ Programme, and spent time working at Der Tagesspiegel in Berlin. 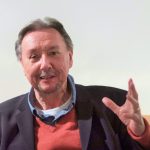 Alan Sparrow has worked in the newspaper industry since leaving school nearly fifty years ago. He has worked on the picture desk for broadsheets and tabloids and found the experience from both entertaining and rewarding. 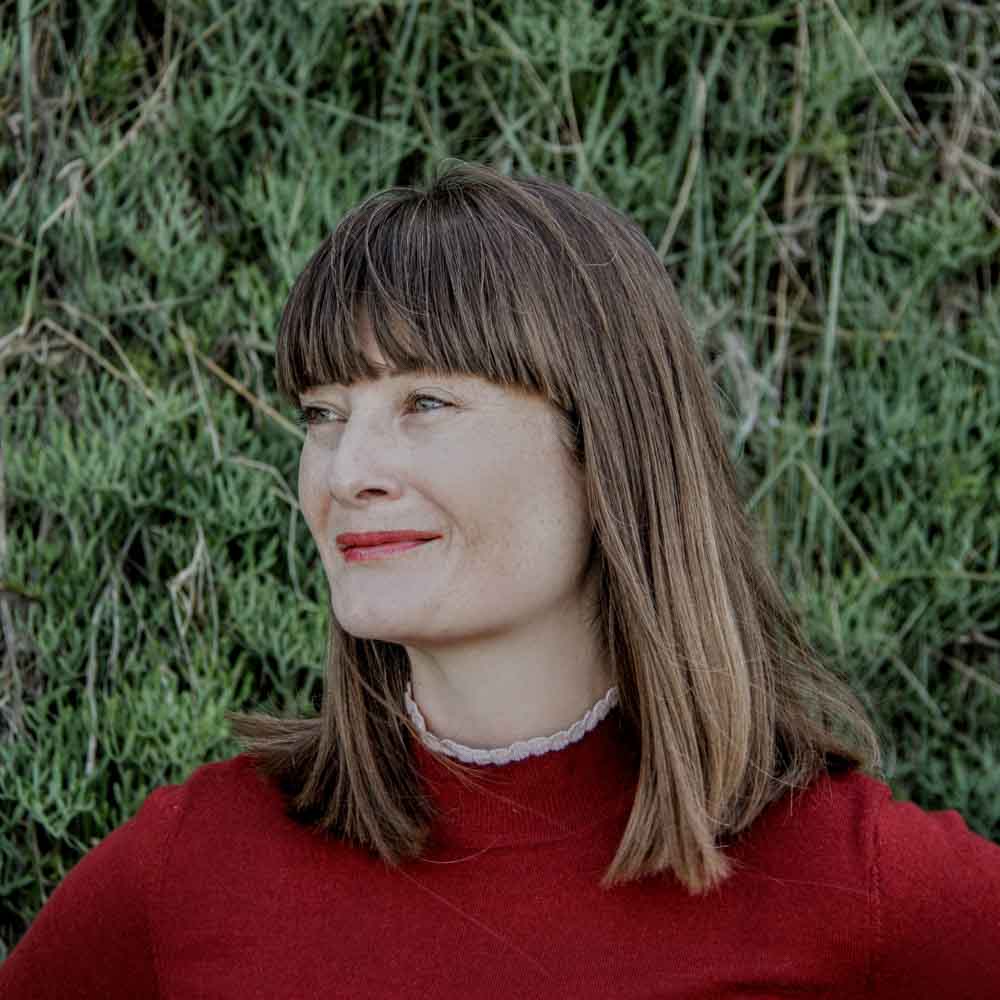 Sophie Morris is a freelance journalist writing about food, culture and feminism and an associate lecturer in journalism at London College of Communication. She was previously a feature and opinion writer at The Independent where she reported on climate change and global stories from Brazil, Tanzania, Iceland, the US and Argentina. She currently teaches journalism and social media to LCC students at Artefact magazine and writes about food and drink for The i Paper. She has written for The Guardian, The Evening Standard, The Financial Times, The New Statesman and The Ecologist. 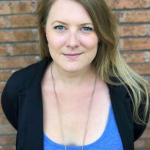 Holly Powell-Jones started in news in 2011 and has been designing and running her own media training since 2013. She began her career presenting and producing content for TV news show ‘London 360’ and BBC Radio London, going on to become a freelance reporter and newsreader for a variety of radio stations.

She is a guest lecturer on a number of PR, Journalism and Media courses and recently completed a PhD on youth perceptions of social media law and ethics at City, University of London. 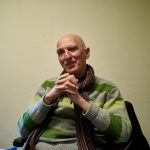 Daniel has worked on and edited newspapers, magazines, news agencies and online publications in Bangladesh, Hong Kong, India, The Philippines, Uganda, the UK and West Africa.

He has also worked with and for a dozen UN agencies and NGOs,and run journalism training courses for the Asia-Pacific Institute for Broadcasting Development, the Commonwealth Press Union, the Daily Star in Bangladesh, the BBC, City University (London), the Panos Institute, the Press Foundation of Asia and the Thomson Foundation.