This creative portfolio is a selection of prior journalistic work from the participants of the Refugee Journalism Project’s 2020-21 cohort. Here they showcase their experience, capability and potential for employment opportunities. Their skills include digital production, journalism, fiction writing, filmmaking, photography…

Abubakr is a journalist, producer and interpreter working with a number of international media companies. His works focused on political, cultural, social, medical and military issues in the Gaza Strip, Palestine.

Compilation of work produced by Abu Bakr as a former producer of National Public Radio, alongside NPR’s international correspondent in Jerusalem, Daniel Estrin.

Link to work produced by Abu Bakr Bashir for the Telegraph during 2018 and 2019. 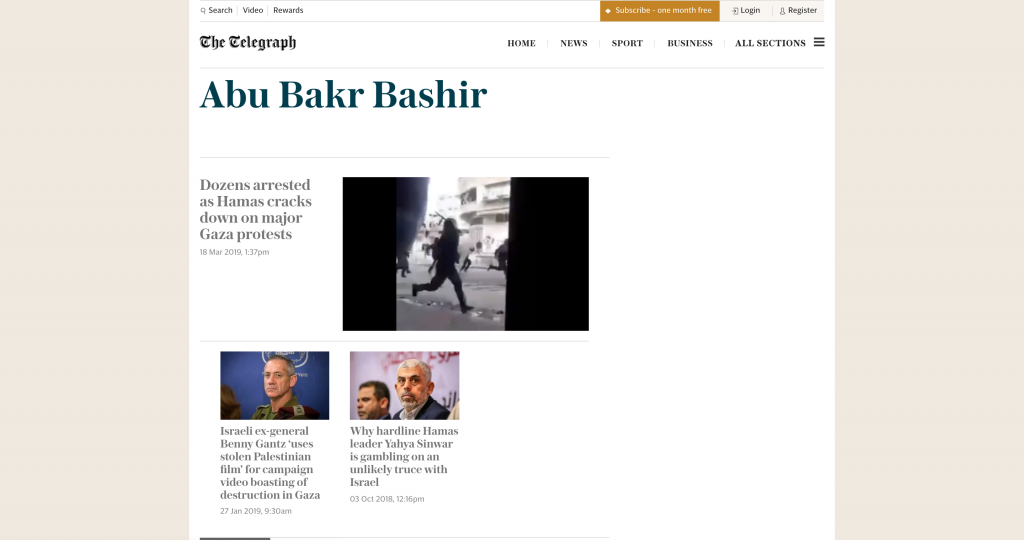 Hossam is an Egyptian producer who started his career 15 years ago, before starting his university. He has worked for advertising agencies, educational programs, production houses, TV channels, and with independent filmmakers. He has also produced and directed award-winning films.

Worked as the UK executive producer for Yemen and the global arms trade’s DW documentary TV. A documentary by the independent journalist network Arab Reporters for Investigative Journalism (ARIJ) reveals the shocking details on weapons manufactured in the West and exported to Saudi Arabia and the United Arab Emirates have ended up in the hands of Yemeni militia.

Worked as Executive director, scriptwriter and the post producer for Looted Wealth – The Truth About Financial Fraud Against the Malaysian Sovereign Fund‘s Aljazeera’s documentary.

Jawad  is an ambitious radio and TV student who had three years of experience as a journalist in Al Ghad Al Afdal. He completed his first year in radio and TV in Lebanese International University and left Lebanon afterwards due to the inequality problems and racism.

The Minister of State for Foreign Affairs of the neighbour in a special enzyme with Jawad Burhan and new and bold statements and will he run for the upcoming parliamentary elections? Why didn’t President Saad Al-Harri receive him and what did he think of the general situation? June 12, 2020.

The latest developments in the Corona epidemic in Britain. March 28, 2020.

Hilal has worked with international journalists from all over the world to report the impact of the Syrian civil war in south eastern Turkey. She writes about immigrants, Turkey and the Middle East.

Link to documentary co-producer by Hilal, Erdoganistan. Published by RT Doc, in 2016.

Hilal worked with Owen Matthews as a fixer to help arrange the story Turkey’s Hidden War Is Spilling Onto City Streets. Published by Newsweek in December 2015.

Mehrnoosh is an Iranian screenwriter and writer. Her writing tells the story of the bitterness, discrimination and injustice in society.

The Comet is an unbelievable story about Iranian women’s destiny throughout the last hundred years. This novel is written by Ms Mehrnoosh Khorsand who self-had been experienced the misery of to be the woman in Iran. 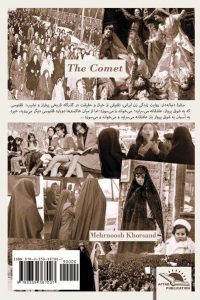 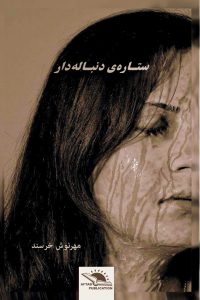 How I rescued my daughter is an autobiographical novel by Mrs Mehrnoosh Khorsand. There the woman does not have the right to take care of their child. It is an Islamic rule which is run just now in Iran. Below the video of the book launch at Refugee day centre in West Croydon, London. 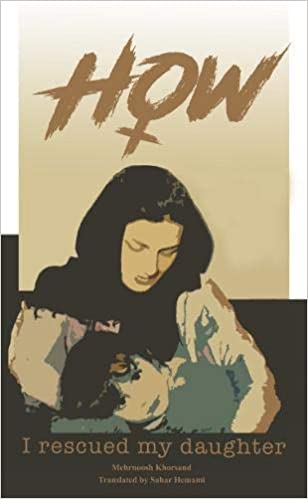 Heaven is just around the corner is a theatre play directed by Daroyosh Rezvani and script written by Mehrnoosh Khorsand. 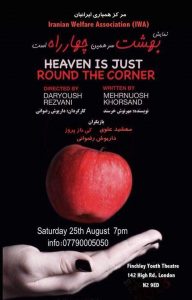 Khaled is a visual journalist with experience in documentaries, news reports, talk-show program productions and digital media. He covered the Egyptian political situation since 2010, for Rassd News and Aljazeera Networks. In 2014 was forced to flee to Turkey where he continued his journalism work. Since 2018, he moved to London working as a video journalist at Middle East Eye.

Human Rights Watch is raising the alarm about the situation in the Middle East and North Africa in 2019, Middle East Eye.

Khaled worked as videographer and editor documenting the Syrian filmmaker, Waad al-Kateab, spoking to MEE about her award-winning film ‘For Sama’ screened at Channel 4, and why the Syrian revolution is still alive.

20th World Falun Dafa Day Parade May 2019. Falun Gong practitioners from all over the world have held celebrations to express their gratitude to Li Hongzhi, the founder of Falun Gong. 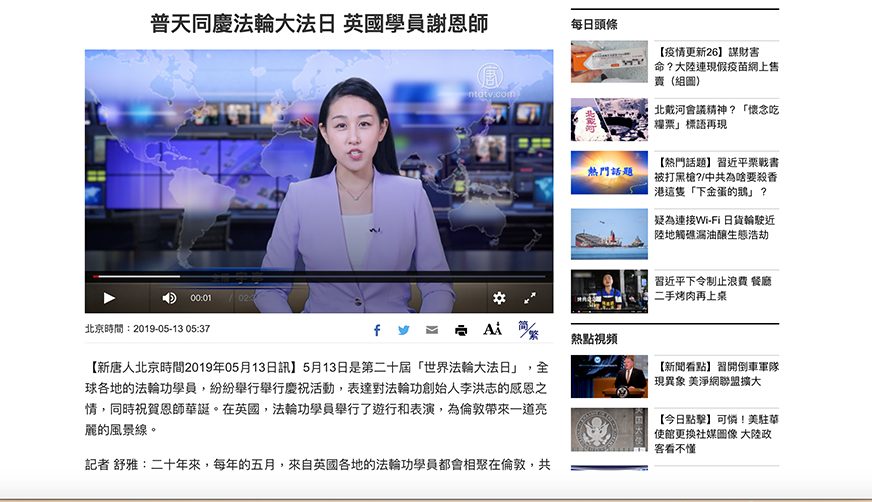 Snap of the outcome reports of the 2017 British Election. The Conservative Party led by Prime Minister Theresa May, who would not resign and seek to form a coalition government with the Democratic Unity Party of Northern Ireland. 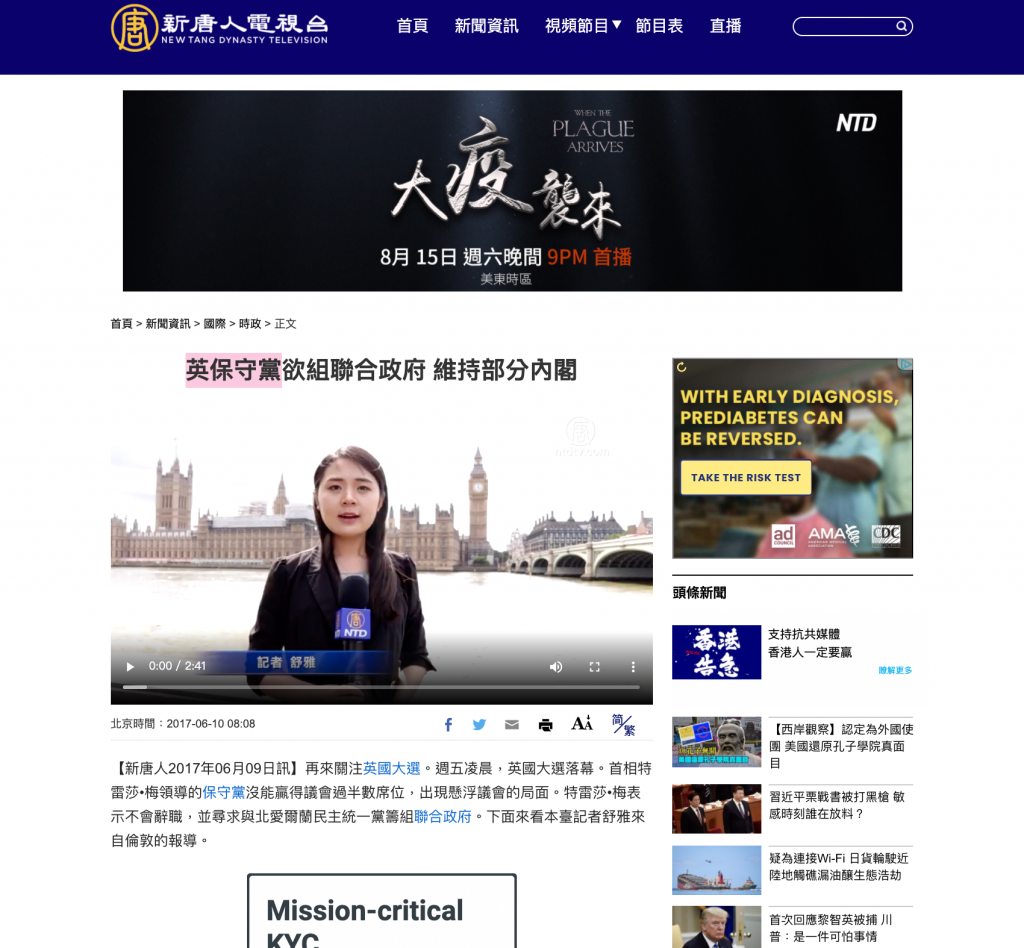 Russian Spy Poisoning Case in the UK. In response to the poisoning of a former Russian spy in the UK, Britain, the United States, Germany, and France issued a joint statement stating that the Russian authorities are responsible for the incident 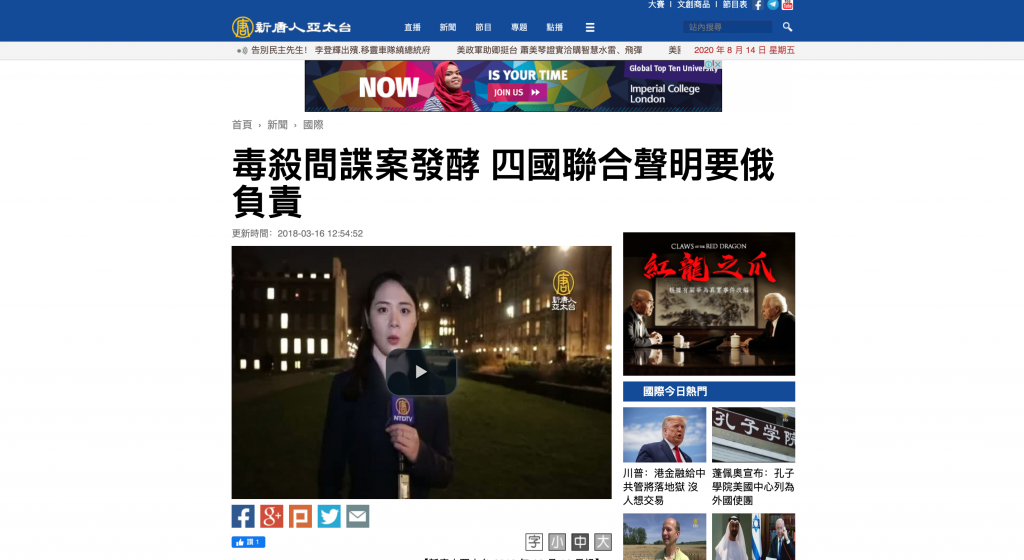 Osama is a well-known Egyptian TV presenter and journalist based in London. Currently, working with Al-Hiwar TV. He was one of the founders of Mekameleen TV station which is considered as one of the most prominent broadcasters in the Middle East and Egypt.

Examples of his work below:

In Egypt, only Asian tourists get tested for coronavirus, Middle East Monitor, 2020.

This is how our revolution in Egypt failed. Sudan, please be warned. African Arguments, 2019.

Mohamed is a visual storyteller and a cinephile currently doing a Master degree in Directing Documentary at The National Film and Television School, UK. With 5 years’ experience in making documentary and short fiction films, Mohamed has been covering stories from Egypt, Turkey and Saudi Arabia.

51 Kilos is a true story about a young man,  Mohamed Shalaby, who filmed himself since he was a teenager struggling to lose weight and when he finally did he realised the source of his happiness was not in his physical self, but in his mental wellbeing and a new struggle began.

A short documentary about the project Accompany Hope which support at-risk unaccompanied minors from Afghanistan, Iran, Syria, Pakistan and West Africa, based in Istambul.

Amro is a recent graduated from Journalism and Media Students at the University of Hertfordshire. His previous journalistic work focuses on helping refugees in camps in several areas in Lebanon, and on politics, specifically the Middle East. 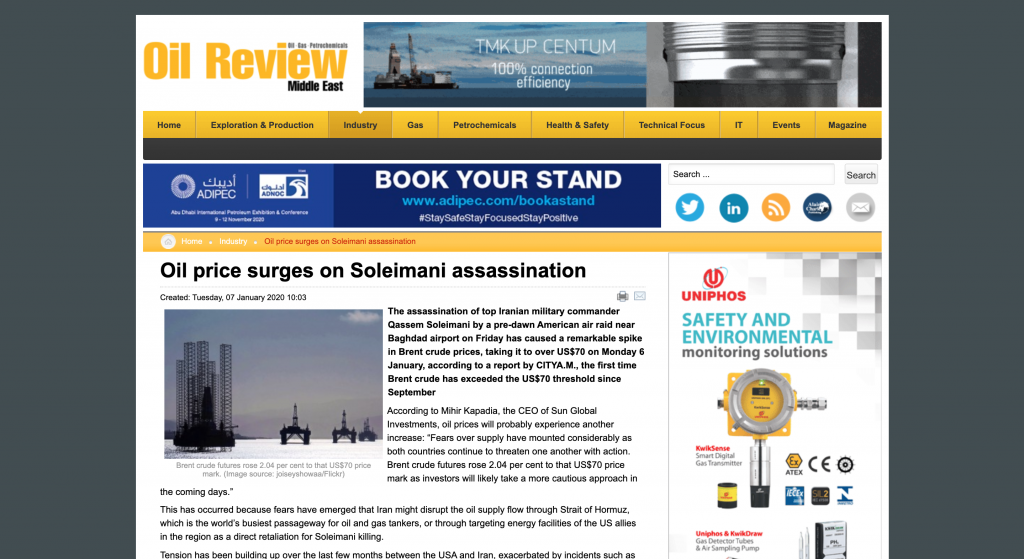 Below a collection of articles written by Amro Bakkar: 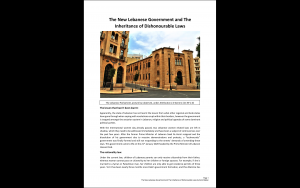 The New Lebanese Government and The Inheritance of Dishonourable Laws. Click here to open the pdf file. 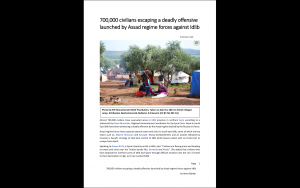 Sarya is a writer, TV presenter and multimedia journalist from Turkey with 12 years of experience working. Her work focuses on women’s issues from all over the world. Her articles are being published in several newspapers and magazines based in Turkey, and, in a newspaper based in London called Londra Gercek – in the Turkish language.

Examples of her latest work:

Interview with IMECE Women Center’s director, Deniz Ugur, about how things changed for women, especially immigrants and vulnerable women during the pandemic in London, May 2020.

Interview with two women – a Tesco worker and a Care worker – about their experience and how they have accessed personal protective equipment (PPE) during COVID-19. London May 2020.

Insights from 3 women in 3 different countries in Europe about how did they experience the pandemic and what did their country for people, especially for women? May 2020.

Tarek is an Egyptian journalist who has worked for several media outlet across the world. His experience includes broadcast journalism, video journalism, TV reporting and TV presentation. Currently works as  TV presenter and Editor at TRT providing full coverage of the world news stories.

Interviewer for Beneath the Surface , is an audio documentary about refugees in Scotland. This project of the master courses at the University of the West of Scotland.

Sayed has worked as a producer for Al- Jazeera TV and as a senior broadcasting journalist at the BBC and other international media from 2002-2017 in Afghanistan, covering from battleground frontline to intense social and cultural issues. He speaks 5 languages and is writing an autobiography book. Since 2017, he is based in London.

The militant group claims to be building a new province of what it calls “the Caliphate” in the mountains in the east of the country. But it has made some serious tactical errors, says BBC Afghan Service reporter, Sayed Abdullah Nizami. 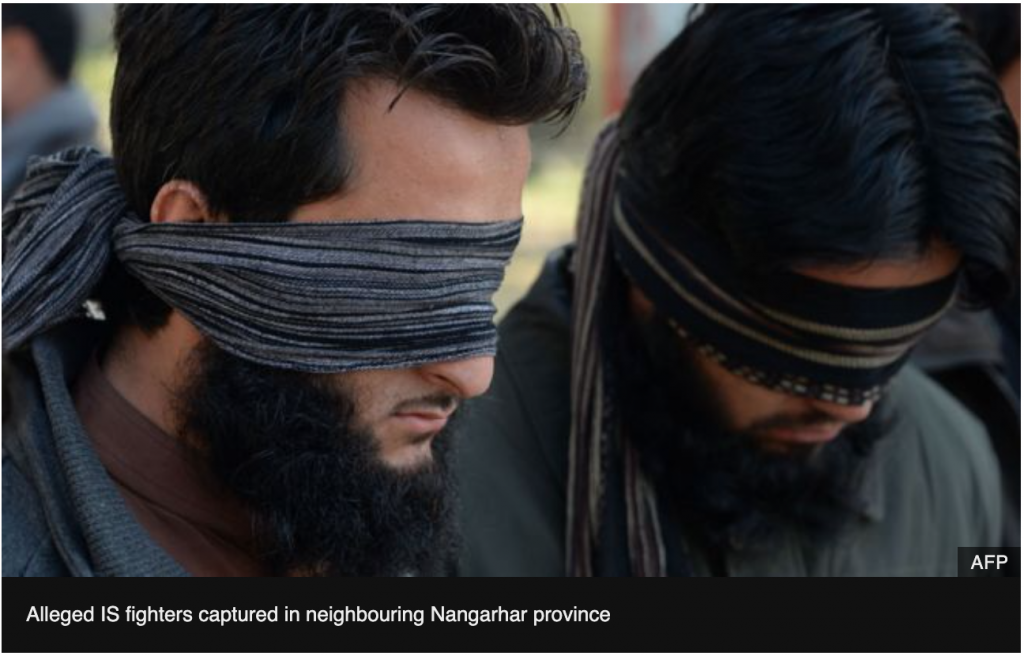 The BBC’s findings show that large numbers of young people are still fleeing their homeland to Europe and the rest of the world in search of a better life. Sayed came to southwestern Afghanistan to see the situation of youth and human trafficking near the Iran-Pakistan border.

The works listed above might be subjected by Copyright​. Access the link to the original creator’s source page.