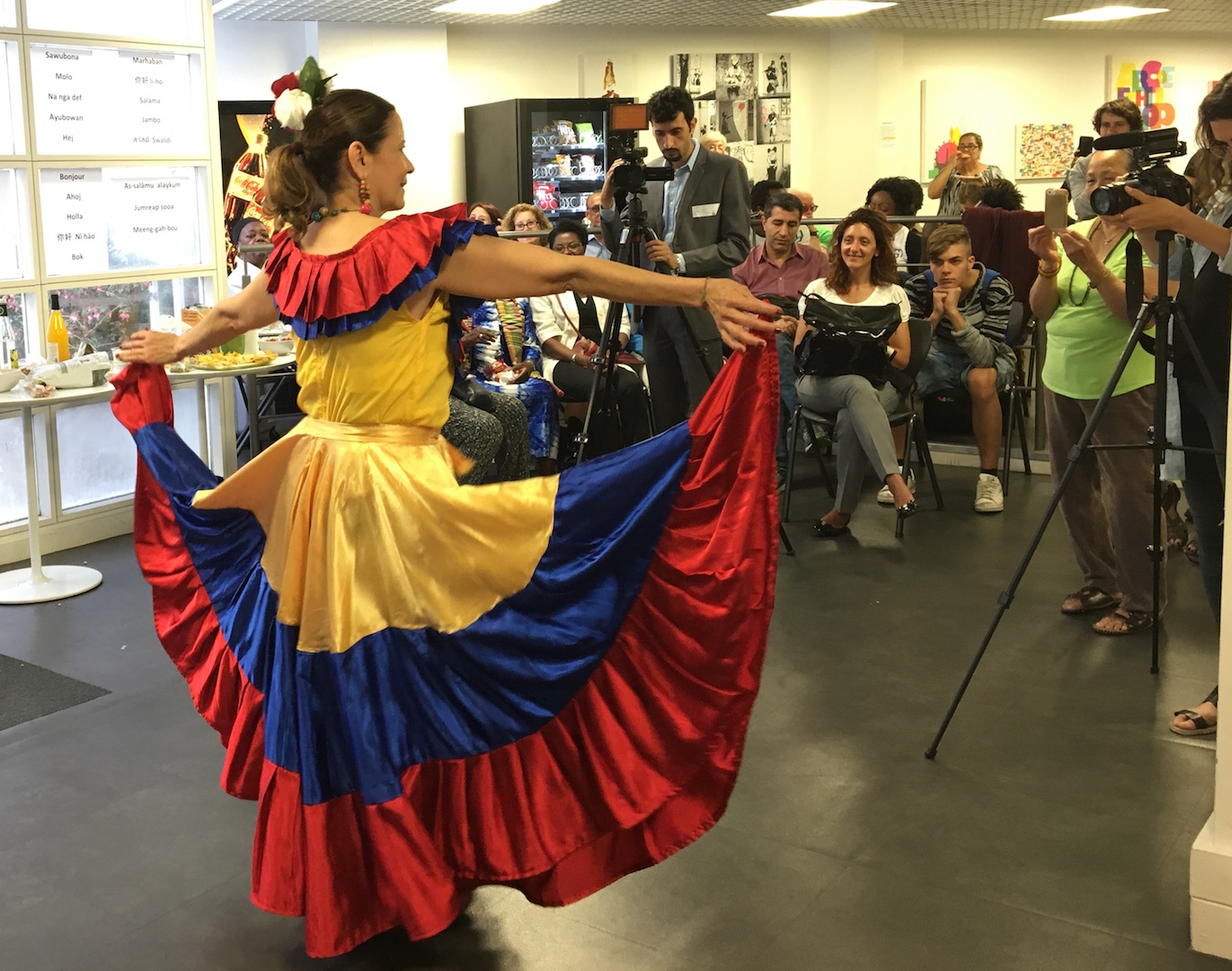 An evening of fun and entertainment with poetry, songs and live performance brought dozens of refugees and migrants as well as staff and volunteers of Migrant Resource Centre and Asylum Aid under one roof in Victoria, London. 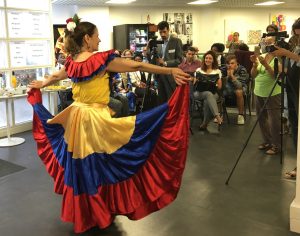 Mona (alias), a lawyer from Sudan who came to the United Kingdom in 2015, attended the MRC’s summer event for the first time. She was very happy to come and see such a diverse group of people. “I am really happy. It is incredible to see such a distinct group of people.”

Mona needs help with her English language skills and job search. MRC has introduced her to various friendly groups that Mona found useful. She said, “I really enjoy those groups. The people are very nice. They helped me with my English and gave me useful information about how and where to look for job.”

Iman Mouhli is a Moroccan young woman who came to the UK to join her husband. She knew only a few words in English when she first came to this country in August 2015. Today she received her English course certificate and was talking very fluent English during her interview with me. Iman attended the English classes twice a week for a two-hour long session each day. Thanking MRC for the services they provide, Iman said, “The teaching environment is great, and the teacher is very friendly.” She added that in addition to learning English MRC has provided her the atmosphere to socialise with other refugees and make friends.

Amal Almansowri, a volunteer for MRC since 2004 is a regular participant of summer events. She volunteers in three different projects at the MRC: The Education Online, Anti Poverty, and the Refugee Media Action Group project. She enjoys getting to know people from different communities who share their personal stories and cultures. Amal’s two short sentences best describe the event and the joy she had. “The event was fantastic! Lots of food and music etc. It was wow!”

Non-profit and charity organisations’ owe their success and achievements to their staff, but also to volunteers and networks that work with them. MRC in this respect is no exception. It works with other organisations and networks to better serve its clients and expand its reach. Ukrainian Migrants Network is one of them. 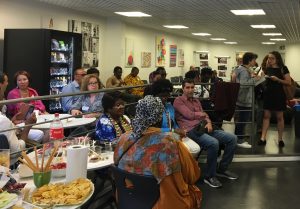 Migrants and Refugees exchange ideas, have fun and taste variety of food.

Oleg said that sometime an organization may start very small, but once it becomes part of a network, goes way beyond its initial mission. When asked about Ukrainian Migrants Network clients, Oleg said, “Even though the name is Ukrainian Migrants Network, but the fact that we work with organizations like MRC we all serve migrants and refugees of varying background from different countries.”

Anna Okun recently arrived in the UK, and Oleg Pasichnyi introduced her to MRC. Anna wants to join the MRC’s English classes. Even though she had studied English back in Ukraine, she finds the British accent a bit different, as she said, “When you learn English at home it sounds a bit different, but when you come here, it is different people, different accent and they speak really nice English.”

Anna believes that such organizations are vital in helping new comers. She said, “Organizations like MRC are really important for new comers who know nothing about this new environment, new culture, new system, and new people.”

MRC’s 2016 annual event was unique in its kind, because this year the organization joined Asylum Aid—another none profit organization with expertise in legal section and having a history of nearly three decades of service for asylum seekers and refugees.

The merge of MRC and Asylum Aid was good news for the staff who were excited in expanding their services to bigger communities. The two organizations work complement each other. MRC has been serving the migrants and refugees with running English classes, courses and social activities, while Asylum Aid provided legal advice and representation to asylum seekers in the UK.

The Migrant Resource Centre (MRC) was established in 1984 to run classes, courses and social activities, to offer advice and to provide a voice for migrants and refugees. Since its first days MRC has maintained its vision of a society where migrants are valued and able to contribute.

Asylum Aid (AA) was founded in 1990.  AA was established to ensure that specialist legal advice and representation was accessible to individuals seeking asylum in the UK.  In the twenty years since, AA represented and advised more than 30,000 people. AA provides free legal advice and representation to the most vulnerable and excluded asylum seekers. AA also lobby and campaign for asylum seekers in the hope of influencing government policy and public opinion, so that asylum seekers are treated fairly and the UK upholds it human rights obligations. Within the Policy and Campaigns team there are a number of projects including the Women’s project that aims to ensure that women asylum seeker in the UK are treated with fairness and with dignity through the alyssum process.

What I've gained from volunteering with refugees