"Reflecting on the mentoring experience"

On Boxing Day an acquaintance, Polish journalist Anna Alboth, began a civil march from Berlin to Aleppo with her husband, two small children, and hundreds of others. She spoke out, saying she had had enough of watching events unfold in Syria. The six-year war led to a fragile ceasefire in December, with an extraordinary exodus of Syrians from Aleppo. So, out of solidarity and rage, she was walking to Aleppo, where Abdulwahab Tahhan is from. Well, they have good intentions, he said politely, from behind his glasses. 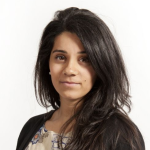 I may have been guilty of glamorising an effort which to his eyes seemed futile. Thanks to the Refugee Journalism Project, Abdulwahab is the only Syrian I know in the UK. He was forced to leave Aleppo when he was 25, in September 2012, after months of going back and forth at the Turkish border. His parents had to settle in Bursa, northwestern Turkey. Within a month he had moved to the UK to study for a masters, which he funded from savings he had made as a fixer in Turkey. By April 2013 he had received refugee status in Britain; he can apply for citizenship after 2019. He is allowed to leave the UK for three months of every year, and so he makes the most of visiting his brothers who found refuge in Germany and the US.

When we first met, Abdulwahab was in his second year of a PhD in linguistics, and was keen about breaking into journalism in the UK. I didn’t find his attitude dissimilar from any other graduate sharing his viewpoint in the UK; he had zeal, passion and ambition. I shared my expertise of time spent at The Guardian, and insight into what life could be like for a journalist in Britain. When the group of mentors and mentees all first met last summer at the London College of Communications, one mentor explained she had just been made redundant from a prestigious role at a news organisation; it set the tone for the challenges ahead in digital and print journalism in this country. We are all trying our hands as freelancers – myself, and now Abdulwahab too.

Mentoring is about sharing stories and individual experiences. Abdulwahab’s story has been about being self-sufficient, and staying on the ball. Thanks to a connection with a local relief organisation, he worked as a fixer on a documentary in Turkey, which he says set him up for his experience now. He has done a variety of odd jobs whilst in the UK; he was ‘the only Arab cleaner’ at his university halls (his mother was not happy), he worked at a coffee shop (and was criticised by a peer for not boycotting it for its brand name), and as a translator (no issues there … I believe). He had been interning as a researcher for the Yemen team at Amnesty International in London, which is where his colleague first heard about the scheme and recommended it to him.

Now, thanks to the Refugee Journalism Project, Abdulwahab has found a full-time job as a researcher at Airwars in London, a site which monitors international airstrikes in his home country. It is, in his words, an important gateway to Syrian issues which no-one is talking about in the media. His role is to finds resources, translate back up stories with data, source further links and multimedia, and archive material, before handing it over to an editor. He also manages the social media pages. Abdulwahab moved to the capital from Southampton just as I was moving back to my hometown of Slough; London is more expensive, we nodded to each other, as we set off on our journeys. Of course, he is not complaining; he gets a salary now, to complement the faint pink shiny plastic identity card that he carries, signalling that he has the ‘right to remain’.

I’ve most recently advised Abdulwahab on an article he is preparing for The Guardian, another potential writing gig thanks to exposure via this project. This is much-needed good news, at a time when it seems so many doors are closing in 2017. He has not seen his parents since 2015, thanks to the difficulty of Syrians reentering Turkey. Seeing his brothers in the US will be harder, he says, if the four-month immigration ban signed into order by President Donald Trump is extended or continues… Syrians are one of seven different nationalities affected by the executive order, although Abdulwahab jumped through hoops to get a valid US visa. He informs me that he cannot easily visit countries like Latvia, the Czech Republic or Italy, which have their own unique rules for refugee entry, despite their Schengen status. Otherwise, he has a network of ‘refugee caves’, he smiles, of friends who made their way to Paris or elsewhere on the Continent.

The Refugee Journalism Project is so important. It is doing exactly what needs to be done in UK journalism today: redressing the balance with more representation, collaboration and bold partnerships.

“Congratulations, I will book a place for you and we will see you soon”, was the sentence I was waiting to hear after a long phone interview with the Refugee Journalism project coordinator. That was the moment that helped me achieve my dream of working and living in a city I first fell in love with when I first heard Big Ben’s chimes.

On my way to London from Southampton, where I had lived for the past four years since my arrival in UK from Syria, my thoughts would not be silenced as I imagined the classes, the mentor I would be introduced to, and the opportunities to get back to journalism in the hope of holding those in power accountable for their actions. I had some journalism experience. I’d written a couple of feature articles for Cultures of Resistance and the Wessex Scene – Southampton University’s newspaper – and helped make a documentary about Syrian refugees in Turkey. The Suffering Grasses documentary went on to win six international awards – including Best Documentary at the International Images Film Festival in Zimbabwe and at the Arpa Film Festival, California, USA. 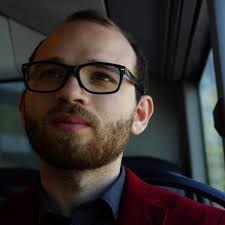 These experiences in Turkey made me eager to continue with my journalism once I’d settled in the UK. I wanted to raise awareness about the war in my country, Syria, and advocate on behalf of victims by shedding light on their struggle and suffering. On the one side they are fighting the oppressive Assad regime, and on the other side, they are battling foreign fighters from all over the world. With exclusive footage that I had personally taken of the war in Syria just before arriving in the UK, I thought I would be able to write a couple of articles and find my way into the industry. But like hundreds of ambitious refugees who arrive with hopes and dreams, the reality and disappointment soon hit. I found myself lost in a new country where there seemed to be few opportunities.

Joining the Refugee Journalism Project was the chance I needed to get me on the right path to achieving my dream. I was first connected with my mentor Nabeelah Shabbir, an experienced and professional journalist who worked on The Guardian’s 2015 editorial campaign about climate change and won the 2015 British Journalism Award. This mentor relationship was priceless, as I was connected with a professional journalist who would encourage me, teach me how to be a better journalist, and connect me with potential employers.

Three months into the course, Airwars, an organization that monitors and assesses the volume of civilian casualties in Iraq, Syria and Libya, asked for two interns to join their research team. I felt like my dream was one step closer to being achieved; working for an organization that gives a voice to the voiceless, advocates on behalf of victims and sheds light on the war from a civilians’ perspective. Thursday July 14th is the date I will never forget. I was anxiously waiting for a phone call from the director of Airwars to either confirm or reject my application for a full-time researcher post. When my phone rang, I was scared to answer – I did not want more disappointment or rejection. I was so glad that I ended up taking the call as the news was good. I had been offered the job. Though moving to London was a great thing and I have enjoyed living here, it was not as simple as I thought it would be. I had spent four years in Southampton. Moving to London meant moving to a city where I did not have any friends. Finding an affordable place to rent was one of the biggest challenges, as was providing the documents needed to rent – such as a residency card, passport and two references.  Then the wait for the landlord’s decision to accept my application or reject it.

It has been over half a year since I have joined Airwars and I can already see that our work is paying off, as we are engaging with a variety of journalists who are picking up our data and focusing on civilian casualties. We have presented our data and findings to different organizations, including the coalition armies who carry out airstrikes in Syria and Iraq. However, my role does not end here. As a matter of fact, it has just begun, as there are still an enormous number of casualties unaccounted for and under reported. I have not met any Syrian who has not lost a dear friend or a member of family due to the war in Syria. I still have a brother who lives in Aleppo, where I grew up, and a number of friends who are still alive but did not get lucky enough to leave, or perhaps decided to stay and preferred to die in their only home. I hoped I would not see their names or photos in my daily search for casualties. At Airwars, we are documenting those who were killed in airstrikes and our data could be used as evidence against their murderers. Since I have no power in stopping the war, the least I could do was help bring justice to the victims through collecting their names and who was responsible for it. We have managed to start a dialogue with some armies which led to opening investigations about a couple of incidents in which civilians were killed. This would not have happened had we not collected and documented the names, photos and videos of the victims.

The project has helped me achieve this dream and paved the way for me, and for other participants, to get back to journalism. I would not have been able to find this job myself without their classes, workshops, events and connections. It was the place that made me believe in the slogan I often hear in many places – “refugees welcome”.