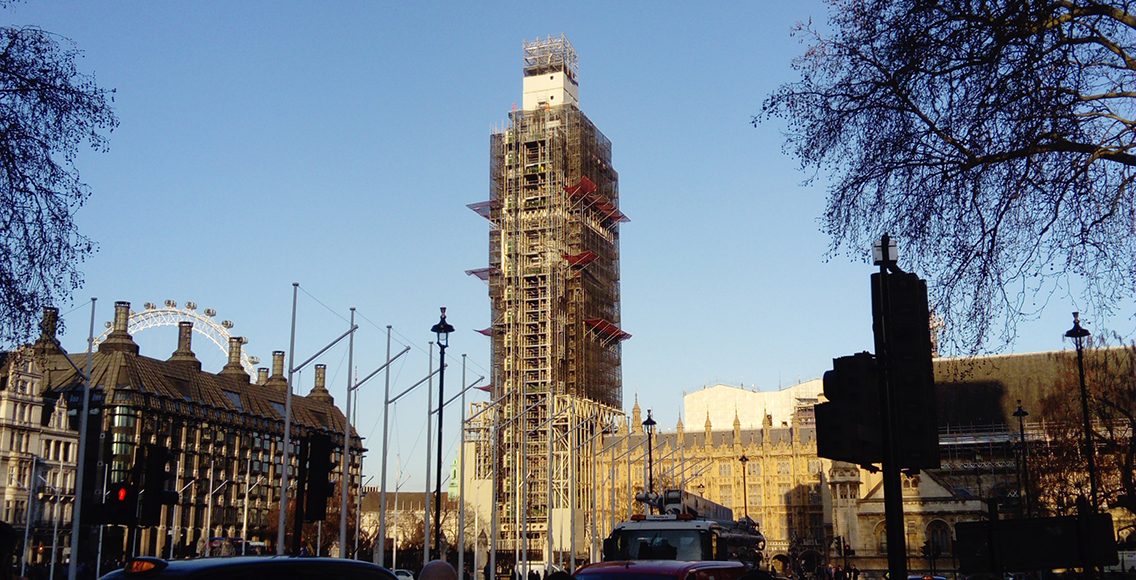 It was getting dark in London, but the Houses of Parliament were busy with issues around Brexit. The atmosphere was tense in the partially empty, grand Westminster Hall. The attention of a few people in the hall was on the screens broadcasting speeches from the chambers.

The energetic Adam Hug, Head of the Foreign Policy Centre (FPC) welcomed me and a couple of dozens of other visitors here to discuss how journalists are increasingly being targeted and punished across the globe for their desire to tell the truth. 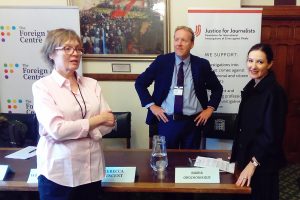 Maria Ordzhonikidze, who is from Russia, emphasised that “internet freedoms are jeopardised” and “trolling and doxing is increasing”. Doxing is another way of undermining journalists by exposing their physical address or personal information out of revenge or as an attempt to derail their ongoing activity.

Justice for Journalists Foundation, led by Ms Ordzhonikidze, supports investigations into violence and threats against journalists. It is best known for its investigation into the murder of three Russian journalists in the Central African Republic.

However, they do not have the resources to support all the cases that need exploring. When I asked about whether they were investigating the suspicious death of Maksim Borodin of Yekaterinburg, Russia, who had scrutinised the Russian Wagner private paramilitary group activity in Syria, she responded that they had nobody working on it.

Philip Leach said that he recognised a failure of the international community to efficiently investigate the murder of prominent Vladimir Putin critic Anna Politkovskaja, in Russia, 2006.

He believed that Brexit had somehow affected the promotion of advanced guidelines for human rights defenders and think tanks on averting the oppressive regimes from persecuting freedom of speech.

“Peer pressure system has flaws,” indicated Mr Leach on tackling the problem in declining democracies, while intimidation of journalists continues.

Rebecca Vincent lamented that the ongoing posthumous case of defamation against Daphne Caruana Galizia in Malta, who was assassinated as a result of a car bomb, was crumbling all the efforts of the deceased into revealing corruption.

This also sends a negative incentive for other journalists willing to explore the potential issues in the governing system of their country.

Ms Vincent drew the attention of the audience to the cases of two Northern Ireland journalists, and, the media in London itself for failing to pay proper attention to the case. She also said that two amendments to the renowned Magnitsky Act to penalise individuals involved in the unlawful oppression had been delayed pending the Brexit outcome.

Joy Hyvarinen specified increasing impunity in the countries, members of the Council of Europe, with no visible achievements to quash it.

After the event, I was leaving this medieval structure with every inch of it full of history, but another page of the chronicles remains neglected – attack against freedom of speech. Apparently, there are ways of curbing the persecution of journalists, but only if it is a priority for policymakers.

Unwritten rules of office life in the UK