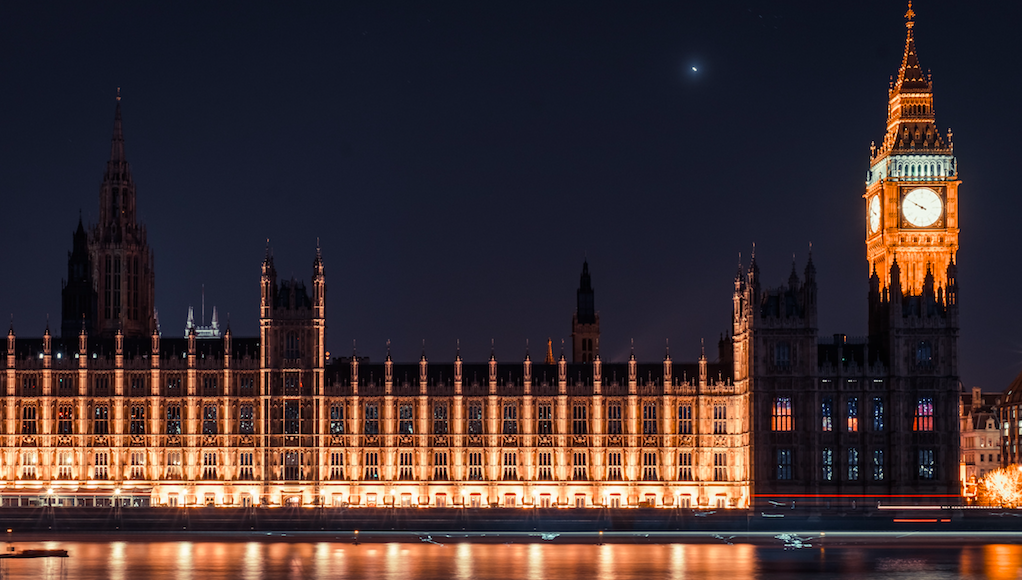 MPs, immigration specialists and legal experts gathered at the House of Commons last month to discuss the findings of a new report on the provision of legal aid for immigration casework.

The report, Droughts and Deserts: A report on the immigration legal aid market and access to justice, was based on a three-year study conducted for her PhD by Dr Jo Wilding, a barrister at Garden Court Chambers. It analyzed the effectiveness of legal advice and representation for asylum and immigration cases. The overall conclusion was that the provision of quality legal support was poor.

Since 2012 with the introduction of the Legal Aid, Sentencing and Punishment of Offenders (LASPO) Act, legal aid has been restricted. Most non-asylum based immigration matters are not eligible for free legal representation in England and Wales.

Dr. Wilding’s research found that “advice droughts and deserts” were arising due to a lack of meaningful access to representation and advice. The deserts were where there were no legal aid providers at all, and the droughts were where there was a limited supply.  It warned that this had the effect of driving up demand and costs in the asylum and legal aid system.

The research had interviewed lawyers who stated that for asylum work, the standard fee was lower than the actual cost for the lawyers to do the job. As such, lawyers who provided high quality services lost money when they took up standard cases. A standard price is paid by the Legal Aid Agency which acts as the national average. To cut costs, some firms gave the cases to junior, less qualified solicitors who, due to a lack of experience, were more likely to miss important evidence and mishandle the cases. This then created demand which then subsequently required “rescue” work from different legal teams.

In England and Wales, it is very difficult to get legal aid for challenging decisions for asylum claims, and almost impossible for non-asylum immigration cases. The report urged the government to recognize the limitations of this imperfectly competitive market. 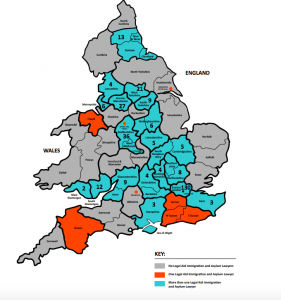 Map showing supply of immigration and asylum legal aid lawyers in England and Wales as of 14/02/2019.
Source: Freedom of Information Request to Legal Aid Agency)

For more information, please read this story from Refugee Council.