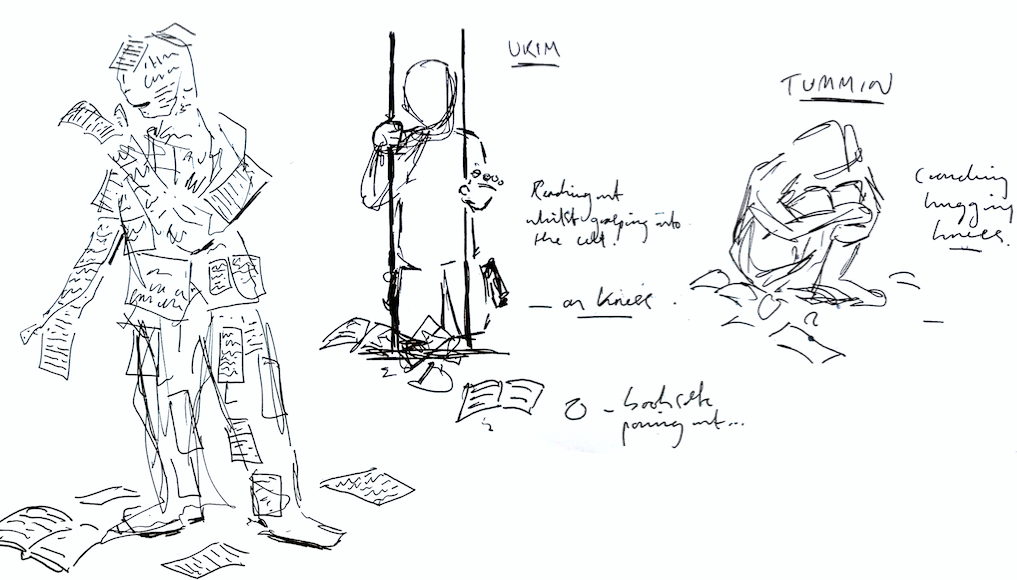 Refugee Journalism Project (RJP) is calling for media associations, freedom of expression organizations, campaigners, publishers and former employees of shuttered media outlets to contribute to a piece of work that will represent the fight against global censorship, by donating copies of banned books, magazines and newspapers to the project. The printed materials will be sculptured into Urim and Tummim, two human size models that are being built by participants of RJP and students from University of the Arts London.

Urim and Tummim will be modelled on two Turkish journalists, Mr Ahmet Altan and Ms Nazli Ilicak, both in Turkish jails for life, but they will carry covers of banned books, and shuttered newspapers and magazines from all around the world, to underline the global epidemic of persecution of critical voices and suppression of freedom of expression. The two sculptures will first be displayed at the closing event of the Refugee Journalism Project’s 2019 term, on 26 October 2019, at the London College of Communications. RJP is determined to have Urim and Tummim displayed in other locations in the UK to raise public awareness about the plight of authors and journalists who are jailed or are prevented to do their jobs. 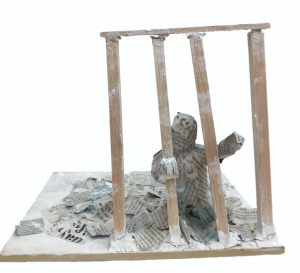 Image and model by Henry Glover

Urim and Tummim is the brainchild of the current cohort of participants of RJP from several countries including Turkey, Kurdistan, Russia, Pakistan, Afghanistan, Gambia, the Caribbean and Syria. Put in fake prison cells, the sculptures will be created by Henry Glover, a student of UAL. The creators of the sculptures want them carry original covers of books and front pages of newspapers which are banned or shuttered, wholly or partially, so as to make them standing witnesses of extinct publications.

“Under time constraints and difficulties of finding the originals, we may opt to use reprints, but by time we would still prefer to replace these reprints with the originals,” says a Turkish participant of RJP, who does not want to be named for fears of persecution of relatives back in Turkey: “We need individuals who have copies of banned books and shuttered newspapers or magazines to donate them to us. We know some of these carry meaningful memories and we promise to make best use of them by eternalizing those memories.”

The names of the two sculptures, Urim and Tummim, are picked for this eternalizing function, giving them historical depth and to load freedom of expression a sacrosanct connotation. The names are Biblical words linked to judgements made by the high priest revealing the will of God. Though their meanings are uncertain, they possibly meant “Lights and Perfection,” or “Cursed and Innocent”. 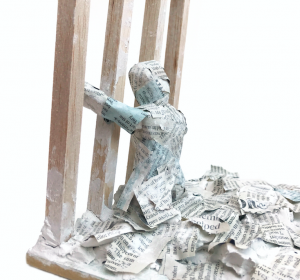 Image and model by Henry Glover

The sources of inspiration for the sculptures, Ahmet Altan and Nazli Ilicak are two senior Turkish authors and journalists, sentenced, alongside with other journalists, to life in prison without parole for “attempting, through violence and force, to disrupt and replace the order as recognized by Turkey’s Constitution.” Altan’s I Will Never See the World Again: The Memoir of an Imprisoned Writer, is a particular source of inspiration for the creators of Urim and Tummim, and the book will occupy a central space in the sculptures.

If you have copies of banned books, newspapers and magazines, please contact Bryan O’Connor, the research assistant for the project at refugeejournalism@protonmail.com or send items directly to:

To the Attention of