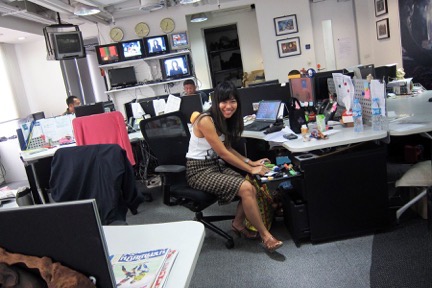 One way to know you are doing a good job as a journalist is when you get thrown out of a country. It happened to me in Myanmar not just once, but twice.

As a Thai journalist and TV news producer based in Bangkok, I was part of the Reuters team sent to cover the “Saffron Revolution” in Myanmar in 2007, when monks led mass protests against the military regime.

Working as a journalist in Myanmar was always difficult. The regime hated and distrusted foreign reporters and getting a visa was exceptionally hard. So I posed as a tourist to get into the country.

Yangon was in tumult, with tens of thousands of protesters confronting soldiers on the streets of the capital. Pretending I was just a visitor who had been caught up in the chaos, I roamed the city for several days filming the clashes, heading back to my hotel each evening to transmit the footage on a satellite phone I had smuggled in. To maintain my cover I had to work alone. 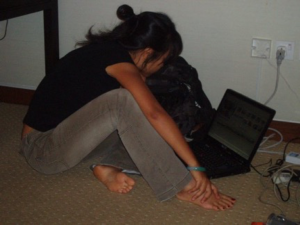 Filing footage from Yangon during the Saffron Revolution, 2007

It was a dangerous time — a Japanese journalist covering the uprising was shot and killed by a Myanmar soldier. My time in Myanmar taught me the importance of trying to report the news in countries where journalists are not welcome.

A year later, I was back in Myanmar, reporting on the aftermath of Cyclone Nargis, a humanitarian catastrophe in which nearly 150,000 people died. The regime was desperate to cover up the scale of the disaster.

Our Reuters team in the Irrawaddy Delta filmed corpses floating in the swollen river, and spoke to villagers crying out for help.

Before long, the security forces were on our trail. We managed to stay ahead of them, but once we got back to Yangon some of my colleagues were told to leave the country.

Nobody came for me, so I thought I was safe, but when I got to the airport for my flight back to Bangkok I was questioned by police who took my passport. When they handed it back to me, there was a word stamped in large letters beside my Myanmar visa: “Deported.”

This meant I was now on the country’s immigration blacklist. To try to find a way to get into the country again, I applied for a new passport the following year, with a slightly different spelling of my name.

There is no rule for translating Thai names into English, so the same name can be spelled several different ways. I also got my Myanmar visa in Kathmandu instead of Bangkok, to avoid the risk of somebody at the consulate recognising me.

It was a dangerous time — a Japanese journalist covering the uprising was shot and killed by a Myanmar soldier.

After flying into Yangon, I nervously approached the immigration counter. The official who took my passport frowned and called her superiors over. I was marched back to the same plane I had arrived on, and deported back to Thailand once again.

In the years that followed, political reforms in Myanmar sparked a wave of optimism across the country. Nobel Peace Prize laureate Aung San Suu Kyi was released after years under house arrest in 2010.

In 2012 she was allowed to stand as a candidate in a by-election, and was elected to parliament. Now a producer for NBC, I was in Yangon to cover the historic news. I was off the blacklist.

But the optimism of 2012 seems far away now. Suu Kyi has faced international condemnation for aligning herself with the military as it waged a campaign of systematic murder, rape and intimidation against Rohingya Muslims in the west of the country. 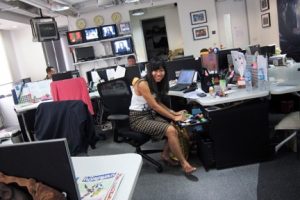 My last day at work at Reuters Bangkok, 2011

Two journalists working for Reuters, Wa Lone and Kyaw Soe Oo, were detained in 2017 and spent more than 500 days in prison, because of their work exposing an army massacre of Rohingya men. Suu Kyi did nothing to help them.

More than 700,000 Rohingya fled Myanmar in 2017, and most are still living in overcrowded camps in Bangladesh. Meanwhile, by this time I had become a refugee myself. It’s not just Myanmar that has seen media freedom on the retreat in recent years. My own country, Thailand, has been plunging deeper into authoritarianism.

For decades, Thailand has had the most draconian lese majeste law in the world. Any perceived criticism of the monarchy is punishable by three to 15 years in jail for each offence. It’s impossible for the media in Thailand to tell the truth about the royal family. Only uncritical adulation and exaggerated praise are acceptable.

It made my work very difficult. Once, as rumours were circulating that the elderly monarch Rama IX had died, I was asked to call palace officials to see if they could share any information. I had to think very carefully how to phrase my questions, because directly asking if the king was dead could be regarded as a crime and lead to my imprisonment.

It’s impossible for the media in Thailand to tell the truth about the royal family. Only uncritical adulation and exaggerated praise are acceptable.

Over the past decade, instead of getting better as Thailand became more developed and prosperous, the situation has got much worse. A bitter political conflict pitting supporters of populist leader Thaksin Shinawatra against the old elite and most of Bangkok’s middle class led to violent clashes on the streets of the capital in 2010. A Reuters colleague, Japanese cameraman Hiro Muramoto, was among nearly 100 people killed during April and May that year.

Afterwards, the regime cracked down even harder on suspected dissidents, using the lese majeste law as a way to intimidate people and deny Thais their right to freedom of speech.

Dozens of people were jailed in the years that followed, some given sentences of several decades, and the oppression got even worse following a military coup in 2014. 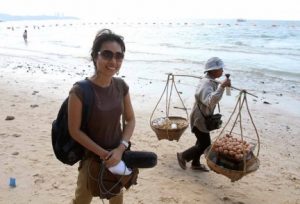 Reporting a story on the beach, Thailand, 2011

When the military seized power, I was living outside Thailand with my husband. Also a journalist, he had been unable to return to Thailand since 2011 because he had broken the lese majeste law.

I was wary of returning to visit my family after the coup, but in 2016 I decided to risk it. I had done nothing wrong, and committed no crime. Thailand is my country. So I flew back with my young son.

One morning during my visit, more than 20 police raided my family’s home. They seized all my phones and computer equipment, and brought me to a police HQ for hours of questioning. I was really afraid they might find some excuse to jail me, even though I was innocent of all accusations.

When they let me go in the evening after an exhausting interrogation, they told me I would have to return again within a few days for more questioning, I realised I had no choice but to leave my country. I became a refugee in Britain, and I don’t know if I will ever be able to go back.

Even today, I still get death threats and abuse sometimes on social media from royalists who think I am a traitor.

“Are you even Thai?” they ask me. “I will kill you if you criticise our monarchy. If you don’t love the monarchy, just stay out of Thailand.”

This year, in the annual World Press Freedom Index compiled by Reporters Sans Frontières, Thailand even fell below Myanmar. My country is now ranked 140 out of 180 countries. Myanmar was just above, ranked 139.

Having to become a refugee from my own country Thailand was a shocking development. But this is the price journalists have to pay if they are determined to tell the truth.

Getting deported twice from Myanmar showed me the lengths authoritarian regimes will take to prevent journalists holding them to account. Having to become a refugee from my own country Thailand was a shocking development. But this is the price journalists have to pay if they are determined to tell the truth.

I’m quite lucky. I’m not in jail, unlike at least 250 media workers imprisoned around the world according to estimates by the Committee to Protect Journalists. I’m still alive, in a world where more than 500 journalists have been killed over the past decade — including several colleagues of mine.

As we mark World Press Freedom Day, please give your support to journalists all over the globe who are risking their freedom and their safety to shine a light on authoritarian regimes.

Without them, the world would be a darker place.