I dedicate this article to the reporters who were at the frontline of the war that broke out in the south eastern part of Turkey in 2015.

During the 2015 Turkish curfews in Diyarbakır, I worked as a reporter and translator. Since I could speak Kurdish, Turkish and English, I was one of only a few local people who could help both national and international media outlets understand the situation.

Between 2015 and 2016, I met and worked with many reporters who were based in the region. We became close very quickly. The war made us colleagues and best friends –probably the only good thing that came out of the war.

We as independent reporters faced the cruelty of the war, we photographed the fear, we counted the casualties, we recorded the sounds of the screaming of babies, we bore witness to a war that killed thousands of people. This included some that we had interviewed. All we could do was write the truth, and so we did. 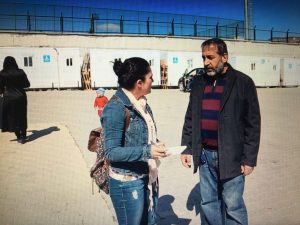 Working as a TV reporter in Turkey.

The atmosphere we worked in was tense and because I was working for international press such as BBC, Newsweek and RT, I did not have an easy time. Local people and the security workers were suspicious of journalists like me.

They assumed we were working for foreign governments. I was stopped at the checkpoints so many times and warned by some of the local authorities that I should not work for the foreign press. However, I kept doing my job.

There were other Turkish journalists who were in the same predicament. My friend Narin Çapan was one of them. Narin had been working as a reporter on the frontlines of the Syrian civil war and was also a translator for international media outlets.

When she was working with two İtalian activists in Diyarbakır, she was arrested. She stayed in prison for about three months. Other friends of mine, including Nedim Türfent and Aziz Oruç, also ended up behind bars. Their crime was being journalists and reporting the facts to let the world know what was going on in Turkey.

One year after her release, Narin found out that she was going to be imprisoned again. Only this time it would be for at least five years. Before she was arrested, she managed to escape to a neighbouring country. 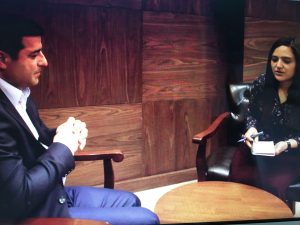 Reporting as a journalist in Turkey

Narin has been living abroad for nearly three years now, not knowing if she will ever be able to go back to her homeland. She feels neither safe nor free. She wasn’t lucky enough to land in a first world country. But she has never given up her passion for reporting and recording the facts, albeit through ‘fake social media’ accounts.

Many of us fled the country in 2016. I came to the safety of the UK. An actor friend of mine told me while we were having coffee in a small café in London, which has been our safe haven for some time now, ‘If you want to do real journalism you have to take the risk of not being able to go back to Turkey again’. He was right. Either I was going to speak up and tell the truth, or I had to be quiet and forget being a journalist. I chose the former.

I realised that I had been censoring my thoughts ever since I had come to the UK. I had even gone as far as closing my social media accounts, which weren’t very active anyway due to my self-censoring.

After this conversation, I decided to remove all these censors, speak my mind, be myself and share my stories and opinions again.  I feel very lucky here in the UK, I am free to express my feelings and opinions.

I believe that one day it will be safe for us to go back to our home country.  But for now, we will keep doing our job as journalists, no matter where we are in the world and despite the barriers such as lack of experience in the field, knowledge in the foreign language and professional recognition.

The main reason why Narin, myself and others like us had to leave our country, and the, unfortunately, ones like Aziz, Nedim and many other brilliant journalists ended up behind bars is the lack of freedom of speech in Turkey. Independent and free journalism can only be possible when all journalists are free.