To me, the US President Donald Trump clashes with journalists almost every day, but there is no fear for their safety or reporting abilities. For now at least, they still can attend all his press conferences and ask their questions and have answers, even if these answers are “no comment “ or accusations of faking news or not being professional.

No favour can be seen in the fact that journalists are not immune to criticism by Mr Trump or others just because they are journalists. This is a healthy situation although it looks really weird.

People were shot dead and injured, friends of mine, journalists and others were killed too.

Independent journalism free from political and commercial influence. This is a dream I would love to see coming true. It needs as much public funding as possible. How doable is guaranteeing public funding is what governments, media outlets and the public should be discussing in order to be able later to discuss how independent and professional these outlets are.

Protection from politicians and businesses in democratic countries is different from protection in other non-democratic countries or in countries where laws are not enforced in the right way. Politicians and business people in the latter kind of countries sometimes have people on the ground ready to physically harm journalists or others if necessary. Are journalists in such an environment protected? The law says yes, but training, skills, protective equipment and luck are more important than laws here.

Personally, I was more than once in war-zone areas. Shooting took place around me several times and I had to run for safety. Tear gas canisters were launched around me, people were shot dead and injured, friends of mine, journalists and others were killed too. I had some training, a helmet, a vest and sometimes supportive professional employers,  but most importantly, a lot of luck. I know others who did not and unfortunately had to pay for that. 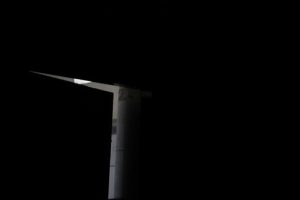 Three years ago, I was questioned by the Israeli army about people and officials they believed I knew. Some of the names I had contacted only by phone and only once. How did the army know I contacted them ? The only answer I can think of is that they were tracking my mobile.

Are there laws protecting me in such circumstances? Can I sue the army? Can I prove anything? Can we stop it from happening again to others? Many other questions need answers, but for me, the main question was how to get out of that problem safely. Luckily I did.

Another essential question here is as a journalist am I not supposed to contact decision makers or even terrorists, (sometimes they are the same people) for reporting? And if I do, should that be used against me?

Several times I was questioned by Hamas security about stories, parts of stories, headlines, interviewees, employers’ political and religious backgrounds. I had to go through it all by myself.

When was the last time someone was sued after attacking journalists?

Reporting that to my employers simply meant I risked looking weak and could have resulted  in me being replaced, especially with the fact that I was a freelancer. Another reason why not to report it, I know employers can actually do nothing except take a statement, which is not bad, but definitely not enough.

There are already laws to protect journalists, but how many times have these laws been effective when suing those who violate them ? When was the last time someone was sued after attacking journalists?

Jamal Khashoggi is the most obvious example, a very bad example of the gap between how things should be and how things really are.