Over the past couple of months, five of our journalists have been working with media organisations through the Refugee Journalism Project’s new fellowship programme.

The fellowships will offer the journalists paid placements of between three and six months and access to training. The host companies in the first cycle of placements are: Thomson Reuters Foundation, Middle East Eye, Media Diversity Institute and Hot Topics. The fellows will join new companies for the second cycle.

Since the summer of 2020, the journalists have been taking part in our training and mentoring programme which has involved them participating in online workshops with representatives from organisations like The Guardian Foundation, Refugee Council, and Bloomberg.

Earlier this year, the journalists went through a competitive selection process for the fellowship positions which involved a series of interviews with the media companies and the Refugee Journalism Project’s team. The candidates were selected on the basis of their prior experience, specialist knowledge, and on their ability to deliver a unique, diverse perspective to the companies.

At a time when the journalism industry is going through a period of instability with job losses, collapsing print sales and falling advertising revenues due to the impact of Covid-19, it is particularly important to be able to deliver these opportunities.

Sophia Sun holds a Master’s in Media and Communications from London School of Economics. After graduating she spent two years as UK correspondent for New Tang Dynasty (NTD) as a UK correspondent. Sophia is currently interning with Thomson Reuters Foundation. Here are links to her work. 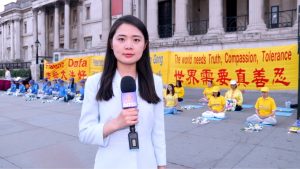 Hossam Sarhan, an Egyptian producer, is a strong communicator experienced in leading project teams and managing key relationships with diverse clients, colleagues, and management teams at all levels. He has also produced and directed award-winning films which have been recognised internationally, developed promotional videos for live television airing, and managed all associated activities such as VFX, audio mixing, lighting, colouring, and 2D animation. Hossam is working with Middle East Eye.

Osama Gaweesh, a refugee in the UK, is a journalist and TV presenter based in London. He hosts a weekly political talk show on Al-Hiwar TV. He works as an editorial intern at HotTopics.ht. He is the Editor in-Chief at Egypt Watch and has written for the Guardian, Newsweek, Media Diversity Institute, and Middle East Monitor. Here are some links to work Osama has produced whilst on his fellowship. 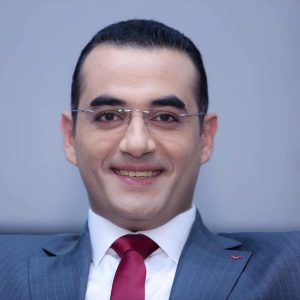 Monir Ahmadi is a former journalist and media lawyer who aims to support freedom of expression/information and information society. He has worked and consulted for a range of institutions including Internews, Afghanistan Journalists Committee, National Radio-Television, Information Commission and Mitra TV. He holds a master’s degree in International Law. Monir is working with Media Diversity Institute.