The 2015 Burundian government’s violent clamp down on political demonstrations forced hundreds and thousands to seek refuge in neighbouring African nations. Arsène Arakaza was one of the many young students whose peaceful protests risked his life and liberties. Here he retraces his journey to freedom,  highlighting the role of the unsung heroes who helped him along the way.

When the Burundian crisis erupted in 2015 due to former President, the late Pierre Nkurunziza’s bid to change the constitution to run for a third term, I was 24 years old. I  joined other young Burundians in peaceful protests against these constitutional violations.

I expanded my activism through mobilisation to fight for our freedom as student leaders at the University of Burundi. Even though I was not a member of any political organisation, I felt compelled to preserve democracy.

The events served as a wake-up call for citizens to fight for their rights and freedoms. In Burundi, where politics is influenced by ethnicity, region, and sectarians’ political identity, such mass participation had never happened before.

An attempted coup d’état was carried out by some officers of the Burundian security apparatus on May 13, 2015. The days that followed saw an exceptionally harsh crackdown by intelligence agents, police, and armed youth linked to the ruling party. 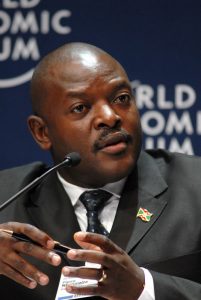 Independent radio stations that could have reported on the grave attack on our human rights were completely shut down in the aftermath of the attempted coup. Only the boom of artillery and mortar could be heard in the city’s sky.

The oppressed were won over by fear. I noticed that all the warning signs of a more violent civil war to come were already present. I asked myself, what should I do?

Amidst the scenes of brutality, I was torn between sadness and powerlessness. The immediate strategy was to flee my Musaga neighbourhood, in the country’s southern capital.

The Musaga was considered a “threat site” by the ruling regime because of its active participation in the peaceful demonstrations.

The reality was that nowhere was really safe as all parts of Bujumbura, the capital city, had become operational and military command centres. Unfortunately, some of them regrettably also became torture cells.

My only option was to exit the nation.  Due to the media statements I had made before the crisis, in the context of student grievances and other problems, the persecutors were hunting for me. I feared that my tactical inexperience would give them the advantage and it would not take them long to find me.

I had two close friends with whom I expressed my sense of the crisis, and that I planned to quit the nation. They, too, had the same desire. Rwanda was our safest option.

One of my friends suggested that we contact one of his Rwandan neighbours who lived in Rumonge Commune (South-Western Burundi) as she could connect us with her relatives in Rwanda. We waited impatiently for the young woman’s response. It would determine our fate; life or death.

The neighbour, Esperance, offered us her unwavering support. She lived in Burundi and had heard the dying cries of its people, so she was well aware of the danger she would face.

Please bring my sons; they are God’s blessings. We shall live or die together

More dangerously, because of the deteriorating diplomatic ties between Burundi and Rwanda, Rwandans in Burundi had increasingly become targets of the dictatorship in Burundi. And yet Esperance was willing to risk her life for us, becoming a warrior, a fighter for the greater good. This made her our first hero, an unsung Heart of Humanity.

Esperance’s 64-year-old mother, a widow from western Rwanda, was our second hero in our refugee journey. On hearing of our plight, she had told her daughter: “Please bring my sons; they are God’s blessings. We shall live or die together.”

We chose to travel to Rwanda on June 4, 2015.  However, when we reached Ruhwa commune in the north west of Burundi, we were arrested by National Intelligence Service operatives. Under violent and rigorous interrogation, we were accused of travelling to Rwanda for rebel training. The charges were made up to justify a death sentence. 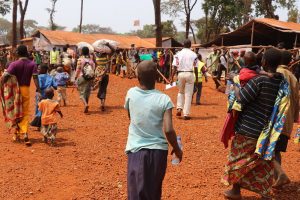 “Is it you Arsène Arakaza, the student who orchestrated the strike at the University of Burundi?” The police officer asked me after calling me into his office. I denied it by stating it was the same name but a different person. This made the officer chuckle: “Arsène! I recognize your face and you are in danger; you know you’re the most wanted man on the planet.”

I had no choice but to accept my identity as Arsène, a lion’s wanted prey, destined to be crushed.

What the office said next completely surprised me. “I do not want to let you continue your journey to Rwanda. You must return to where you were. This decision to leave you alone may cost me my life because, according to various discussions among Intelligence Service agents, you deserve death.”

He was my third unsung hero of humanity in my refugee journey.  The officer should have condemned me to death but instead he offered me a way out.

I heard that the police officer was later assassinated on suspicion of freeing wanted “enemies”. I have not been able to verify the information thus far. Even though I recall his face, I do not know the officer’s name. If he is still alive and reads this account, it would be an extraordinary honour to speak with him.

After two days of stress and frantically considering a new strategy for leaving Burundi, the father of one of my accompanying friends, showed us a map of the Democratic Republic of Congo (DRC) and Rwanda, which looked like a war map. He connected us with a Congolese who knew his way around the DRC and was doing business between Burundi and the DRC.

The Congolese was informed of the risk he would have to bear, and even though he knew he could lose his life by assisting us, he accepted this extraordinary humanitarian sacrifice and managed to get us into Rwanda. The Congolese became our fourth hero, the unforgotten face of humanity.

The family home turned into a refugee camp

We arrived in Kannyogo village, Rwanda at 5 p.m. on June 8, 2015. This was the home of our “second” hero, the 64-year-old widow who agreed to house three refugees indefinitely. She welcomed us with all the kindness she had.

She led us into the house, and prayed for nearly 30 minutes whilst shaking our hands, repeatedly saying, “Mana Yanje, wanzuriye abahungu Banjye bishwe muri genoside, Urakoze Mana,” which means “My God, you have just resurrected my sons who were killed during the Genocide, thanks, God.” 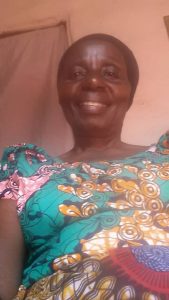 She fed us and showed us where we would sleep. What a fantastic evening! We exchanged glances, tears in our eyes, overly emotional! “We discovered our mother in exile,” one of us said. After so many days of intense difficulty in Burundi, I don’t know how to characterise that night.

Our “mother of Rusizi”, showed us unprecedented hospitality. She did not have the financial means to feed us, but she made it possible with the help of her daughter, who worked in a small supermarket.

We were her boys, and she came every morning to wake us up and feed us porridge (Igikoma in the Rwandan language). She spent ten months as a mother with no real means to feed three foreign boys (refugees) but with an outstanding human heart, the “Ubuntu heart,” to preserve mankind in peril.

Call for humanism towards refugees

Throughout my journey as a refugee, I have encountered people who are oblivious to the daily struggles that refugees face. Some people have no idea what a refugee is.

On the other hand, I’ve seen and met ordinary people who have never heard of the Geneva Convention on Refugee Protection or the Universal Declaration of Human Rights, but who have a natural sense of humanity, compassion, and unconditional love to save a person in peril.

The world we seek cannot be divided into two categories; humanism must be the ethical underpinning for dealing with humanity’s problems.

This is the most natural and obvious reason for governments, non-governmental organisations, and citizens around the world to show compassion and solidarity to migrants seeking a haven.

Regardless of different countries or other identities, we all have a responsibility to support and defend refugees fleeing conflict, persecution, climate change, human rights violations, starvation, and prejudice.

Only this recipe can preserve humanity from extinction. Nobody chooses to be a refugee. In this situation, I convey my heartfelt sympathy for the Ukrainian refugees who are fleeing a war against humanity; they urgently require worldwide cooperation and the Heart of Humanity.

Arsène Arakaza is a human rights activist and founder of   https://plumedurefugie.org.  He is currently undertaking the UNHCR Journalist Mentorship Programme.

"We watched them beat people without the right documents" 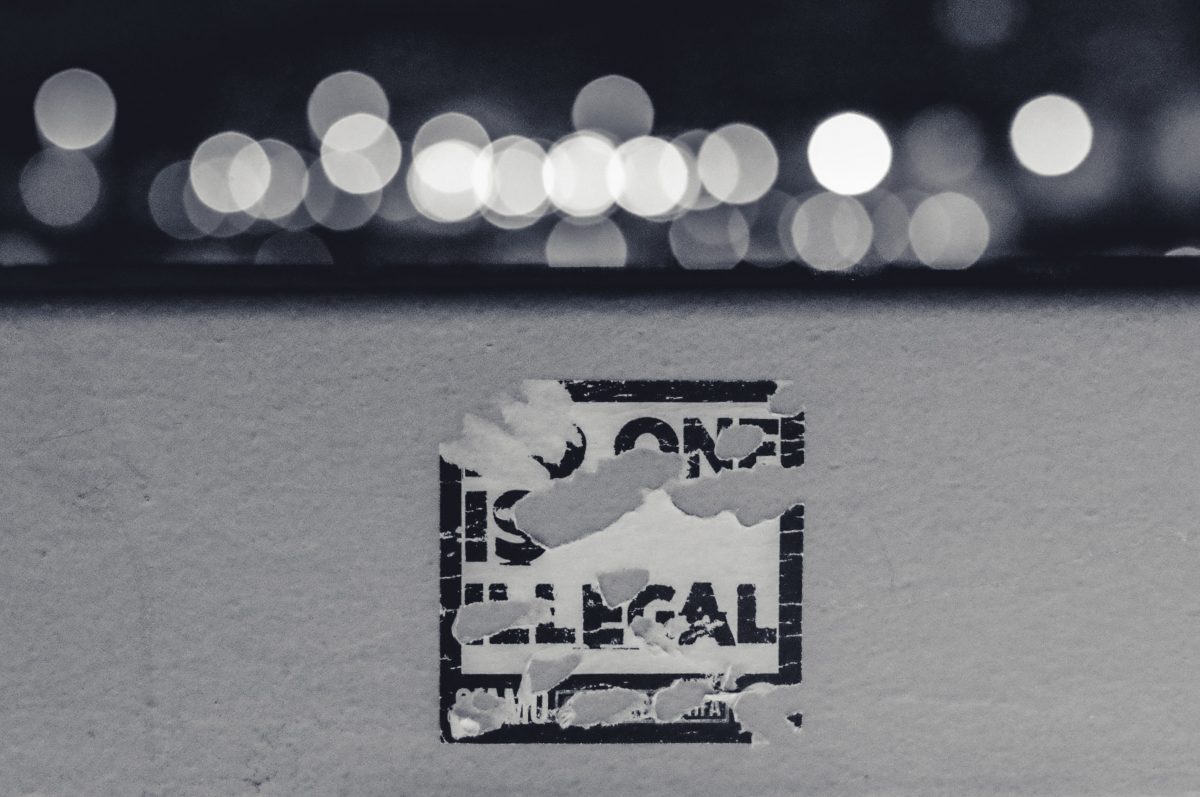 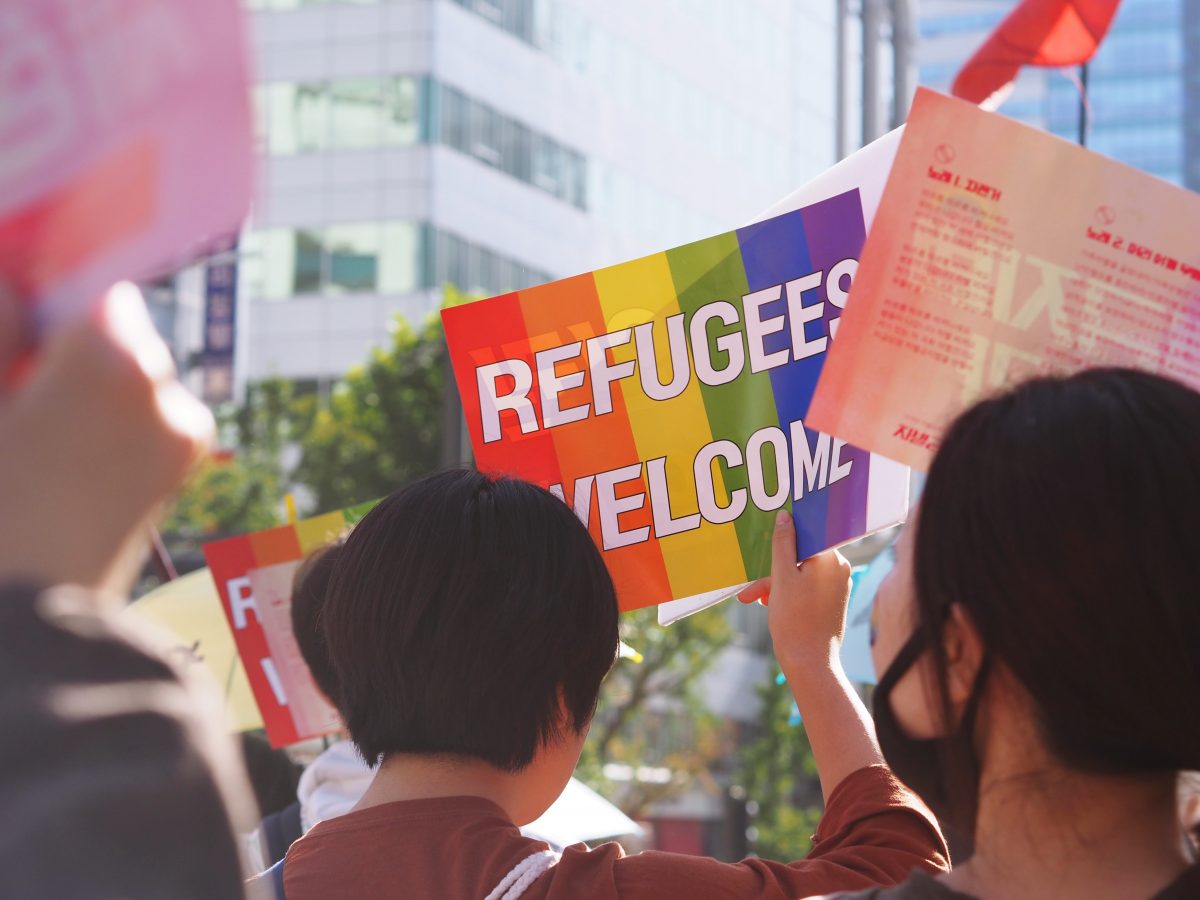 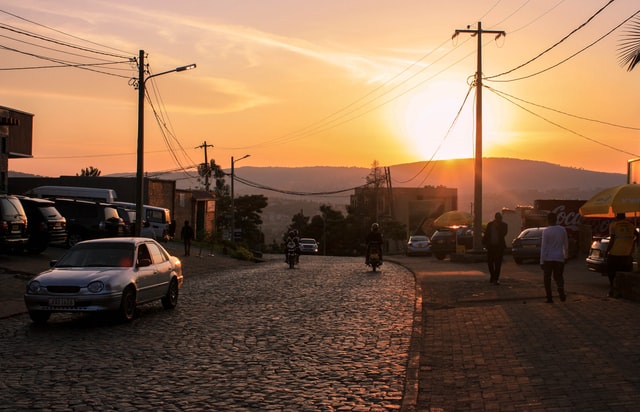