As the world’s billionaires race to be the first to create new living spaces in outer space, Douna Haj Ahmed argues that more efforts should be placed on ensuring humans can live harmoniously on earth without fear of oppression, destruction or injustice.

From Tesla to SpaceX and, more recently, Twitter, Elon Musk‘s name and news of his business adventures are everywhere. As a refugee, I cannot help thinking about the massive gap between Musk’s world and mine. He is the world’s richest man. I am a Syrian who feels privileged to be a refugee in a strange country.

Everyone celebrates that Musk wants to send humans into space. However, what’s this obsession with starting life on the moon or Mars when human beings on earth struggle to live harmoniously and with compassion?

No one blames Musk for his ambitions and for striving to achieve the impossible. But I wish as much effort and celebration would go into how the world responds to the forced displacement of millions of people.

Human space flight has always been risky and expensive. For example, the first crewed Soyuz spacecraft crashed in 1967, and the space shuttle Columbia broke apart in 2003, killing its 18 passengers. 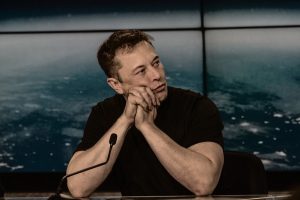 For a space mission to succeed, it needs systems in place to sustain humans in orbit and highly reliable technology to ensure that the mission’s launch, flight, and return are carried out as safely as possible.

Today in this crazy world, billions of dollars have been spent on space industries, and related research.

According to market intelligence firm Euroconsult, countries worldwide spent $92 billion on the “space sector” in 2021. This is a 9% increase in spending from 2020.

According to the findings, since 2015, the amount spent on spaceflight activities has climbed by approximately 50%. By 2030, total annual spending is estimated to exceed $110 billion.

What value have these efforts added to humanity? Has this research made the earth a better place when displaced individuals, as well as the communities in which they live, face rising hardships as the funding they rely on is cut?

With more than 100 million refugees and displaced people around the world, it has become particularly difficult for donors to keep up with the growing number of people and their complex needs.

People have always moved from their homes to other countries to escape conditions of war, famine or climatic factors. Therefore, today, people in safe areas or enjoying relatively good economic conditions must work to welcome those who have been forced to flee their countries based on the basic principles of human solidarity.

After all, the safety that a certain people or a particular country can change over time. For example, seventy years ago, Europe was experiencing one of the most devastating wars in human history. This war caused a massive emigration movement.

Although present day conflicts largely impact the Middle East and Africa, we see war once again knocking on the doors of Europe. Perhaps those who refuse the arrival of refugees and wish to send them to Rwanda will find themselves, refugees. The only constant fact in history is that nothing is stable, and conditions change.

Today, people around the world are facing existential challenges related to the fate of humanity, as nuclear war is possibly looming on the horizon. In addition, climate change, which can no longer be ignored, causes environmental disasters in all parts of the world, and this impact knows no political or natural limits.

Therefore, instead of obstinately defending material privileges and trying to deprive refugees of them, such as the right to work and housing, efforts should focus on confronting the dangers and challenges that beset the human race.

What is the point of living in a country that suspends borders in the face of refugees under the pretext of protecting national security or the local economy? I know that all of this can disappear, as happened with creatures greater and stronger than humans?

Have we ever thought if the UK, for example, had no immigrants? Have we thought that the United States would not have been the same without the efforts of the immigrants and refugees who participated in building it?

What if Steve Jobs father had not immigrated from Syria to the United States? There would not have been an iPhone had it not been for Steve Jobs of Syrian origin. What would the world look like today if the United States refused Albert Einstein’s entry to its lands on the pretext that he was German?

Many examples cannot be counted, examples of the achievements and added value migrants and refugees provided to the world – my story, and the story of millions of refugees like me. On the World’s Refugee Day, I believe that an essential step in providing a safe environmental for refugees is to change the narrative at all levels (governmental, media and popular).

I would also urge those with the finances and the power to focus more efforts into making our world a better place to live in, for all people, before seeking to expand our existence into outer space.